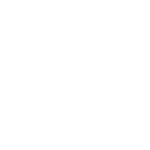 Siracusa, one of the most beautiful cities to visit in Italy

Not only for its beautiful landscapes, its clear blue sea, its beaches that alternate rocks and fine golden sand, good weather until late October and mild winters.
The name Siracusa evokes myth, history, art and traditions, a crossroads of peoples and cultures whose presence is evident in its millennial stratification.

As you have often heard, the city of Syracuse is the largest of the Greek cities and the most beautiful of all. And reality corresponds perfectly to fame. Its location is not only well protected but also beautiful to see, wherever you enter, both from land and sea.

From Contrada Fanusa, where the wine company Cantine Gulino produces its wine, a step away from beaches of Terrauzza, Plemmirio, Arenella, Ognina, Fontane Bianche, you can go into town along the modern “Via Elorina”. The name of this street derives from Helorine odos, the ancient route that connected Siracusa to its settlement Eloro: before arriving in Siracusa, it passed near the Olympeion, the temple dedicated to the god Zeus. This ancient building ruled, from a height, the whole city, but today only two pillars remain to testify its existence.

According to ancient sources, the area surrounding the temple was called “Polichne”: here it were produced votive jars, containing oils that sailors scattered into the sea to propitiate the navigation. A large statue of Olympian Zeus was kept inside the temple; were also kept tablets with the names of all qualified citizens to arms.

Crossing the Ciane river, Siracusa, founded by Corinthians in the VIII century B. C., appears. You can immediately see the profile of Ortigia, the island that overwhelmingly stretches to the sea. On the extreme point, as if to guard the horizon, stands the Castello Maniace, the Swabian fortress of Federico II, testimony of the Norman presence in Syracuse. Greeks, Romans, Byzantines, Arabs, Normans, French, Spanish have all left their mark of their passage, still visible today in the buildings architecture, art and culture.

Ortigia is the old town, the oldest part of the city: here the tyrant Dionysius erected his stronghold. Equipped with two natural harbors (Porto Grande and Porto Piccolo), it seems Ortigia has been connected from antiquity to the mainland by a stone embankment or a narrow bridge.

Although it was, by its nature, impregnable, Ortigia was protected by walls and fortifications: the “Pentapylon” connected it to Acradina. Lots of archaeological and architectural evidence, lots of places to visit in Ortigia, which can be sightseen on foot or by bicycle: for example, the Temple of Apollo; the Cathedral – originally the temple of Athena – in Piazza Duomo; the Fountain of Arethusa; the Maniace Castle; the Archimede square with the Fountain of Diana; the many churches, palaces and buildings of all historical periods; the Bellomo Museum.

North of Ortigia, was Acradina. Close to the sea, in this ancient district was the greek arsenal (Neoria), whose remains are still visible near the Sbarcadero of Santa Lucia. A big street – the “via lata perpetua”, one of the main of Siracusa – crossed Acradina from east to west: you can see some sections in the archaeological area of “Piazza della Vittoria”, near the Santuario della Madonna delle Lacrime.

Latins Livio and Cicerone tell the splendor of ancient Acradina: here was the “foro” and, therefore, many sacred and public buildings: “Altare della Concordia, “Curia” (with vestibule, seats or bleachers for public meetings), “Pritaneo” (where the local magistrate performed his duties), an arch erected in honor of the controversial Roman roman governor of Sicily, Verre. Even today, walking in the park of “Villini”, the remains of three columns evoke the richness of the past.
On the way Elorina you can admire the Roman Gymnasium, where you can see the remains of an ancient monumental complex that includes a small theater, a porch and a temple. Moving towards the upper part of the city, you can visit the catacombs of Santa Lucia and San Giovanni and “Latomie dei Cappuccini”, the largest stone quarry of Syracuse.

Bike lovers can walk in the bycicle path near the Monumento dei Caduti” and admire the beautiful coast of Syracuse.

Called that way because of, according to sources, a temple dedicated to the goddess “Fortuna”, Tyche was originally a suburb of Acradina as originally Neapolis.

Neapolis was the “New City”. It reached the greatest expansion during the reign of Hiero II: equipped with walls, full of monumental and prestigious buildings, it was also called “maxima”. The ancient “via lata perpetua” arrived here, in the upper part of the city, where today the Neapolis Archaeological Park contains magnificent treasures: the Roman amphitheater (with the remains of the arch dedicated to emperor Augustus), the “Ara di Ierone”, the quarries (Paradiso, Intagliatella and Santa Venera), the “Orecchio di Dionisio” and the “Grotta dei Cordari; the big, greek theater and the “via dei seplocri” that leads to the top of Temenite hill; the tomb of Archimede that was a columbarium (tombs) of the Roman period. Must see, in this path of wonders: Paolo Orsi Regional Archaeological Museum. Epipoli, the wide plateau that Thucydides considered of the utmost strategic importance, vital to the security of the city, was called that eay ‘for being – writes the Athenian historian – above the more than any other city. Epipoli dominated Ortigia and the two ports of Siracusa. From year, it was possible to watch the movements of troops and ships in every direction. In this part of town you can visit “Castello Eurialo”, the fortification built by Dionysius the Elder.

Our winery could be the first stop of your tour in Syracuse. Between a glass of wine and a taste of the typical products you will begin to fall in love with our city and its millenary history. As good guests, we will be able to suggest you the best itineraries to discover our territory.
Write us for any further information